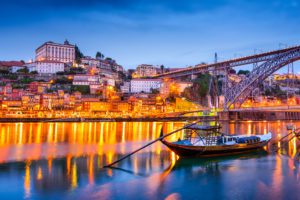 On the first Monday of the month, the Fortera group announced the implementation of a new concept in all its new buildings, an investment which will eventually cost 500 million euros. Alive by Fortera will be the focus of an initial investment of around 115 million euros, with a global investment forecast of €500 million over five years, building 1000 new homes. This concept aims to revolutionise the way we live and think about housing.

Meanwhile, in Vila Nova de Gaia, the developers SPintos S.A. Group and Chave Nova – Mediação Imobiliária, Ltd. will build the residential development “Jardins da Seara,” with an investment of 100 million euros in approximately 700 flats. With the architectural project concluded, construction will begin mid-next month. The development will include ten lots in an area of about 70,000 m2 for aboveground housing, shops and services.

Also, at the beginning of the month, it was announced that the NOOBA would go up in Barreiro, in a potential investment of up to 130 million euros. With a total gross area of 98,360 m2, the real estate developer Solid Sentinel’s residential project will consist of 518 one-to-five bedroom flats, with prices starting at 189,000 euros.

Qriar City will also invest 70-million-euros in three buildings in Alta de Lisboa. The land in the capital has a buildable area of 25,655 square metres (m2), located next to Lisbon’s Parque Oeste. The group acquired the land from GAL – Sociedade Gestora at the end of February. A total of 148 new homes are planned for the area, including three buildings. A public tender for the construction, with expected costs of 45 million euros, will be launched in the first half of 2022, and it is estimated that work will begin in early 2023.

Further north, Bondstone announced the start of work on the GREENSTONE luxury development in Porto. The residential project located in Foz, Nevogilde, represents an investment of over 28 million euros and is being built by ACA – Engenharia & Construção. Construction is expected to be concluded by the end of 2023, with over 30% of the units already sold.

With the month nearing its end, the investment that stood out the most came to light, as SOLYD Property Developers stated that it would invest 260 million euros in a new project in Miraflores. The project has 426 residential units, 25,000 m2 of gross aboveground construction area for developing workspaces, and 23 commercial spaces. The new multi-purpose project, called MIREAR, includes five residential buildings, one office block and several shops with an excellent location in the heart of Miraflores.

News was also released that the site of the former Favorita chocolate factory will give way to a new residential development. The site has an area of around 7,000 m2 and more than 9,000 m2 of potential gross construction area. Still under analysis by the Lisbon City Council, the project foresees the development of 90 flats with an investment of around 40 million euros. It also includes an area dedicated to retail and large areas of green spaces, both for private use by residents and for collective use. The asset’s sales price, which Gavepart – Imobiliário e Turismo S.A. sold, was not disclosed.

The office sector saw less movement in March, with one of the largest known transactions coming when Santander sold a building in Lisbon to Incus Capital. Located in the Praça de Espanha area, it was acquired by a fund managed by Incus Capital, a pan-European investment company based in Madrid with offices in Lisbon. According to market sources, the sales price was approximately 55 million euros. The property is an outstanding real estate asset in a central location, with a total area of over 24,000 m2 of space, including the main building and two independent blocks. The largest building has ten aboveground floors (11,657 m2) and three underground floors, including 296 parking spaces.

Meanwhile, the logistics sector saw the sale of three warehouses in Porto Alto to Bedrock Capital and Europi Property, though the sales price was not revealed. The warehouses are located in the Porto Alto Industrial Park and have a total of approximately 40,000 m2 of gross construction area. The assets were owned by a real estate investment body and have now been acquired by a joint venture between Bedrock Capital Partners and Europi Property Group.

In retail, the supermarket chain Mercadona announced that it would open a supermarket in Guimarães, with a forecast investment of €150 million by 2022. The supermarket chain will reach five new districts, Viseu, Leiria, Santarém, Setúbal and Lisbon. The first of the ten new shops planned for 2022 in Portugal will open in Guimarães on April 5th. The new stores underscore Mercadona’s continuing interest and confidence in Portugal.

At the very beginning of the month, Coporgest announced a €116-million investment in a new resort in Troia/Comporta. The real estate developer is responsible for the new five-star tourist development on the Alentejo coast. The future resort will be built on land that Coporgest acquired from Sonae Capital in December 2020. The project should be completed in 2025, and sales of the villas and flats are planned to begin in mid-2023. The new resort includes a 5-star hotel with 58 rooms and suites, with two presidential suites, with an additional 38 villas and 91 tourist flats.

Again, further north, in Arcos de Valdevez, the Luna Hotels & Resorts Group is preparing to inaugurate the Hotel Solar de Requeijo. The total investment is expected to reach €4.1 million. The new facility, located in Arcos de Valdevez, comprises 27 rooms and suites. An agreement between the municipality and the Luna Hotels & Resorts Group facilitated the acquisition and subsequent rehabilitation of the vacant manor into a major new hotel for the region.

Also in early March, another major investment emerged, with Mercan Properties investing €187 million in three Marriott hotels. Mercan Properties signed an agreement with Marriott International to operate three hotels in Portugal. The hotel projects are in Lagos, Lisbon and Vila Nova de Gaia and will be managed by Ace Hospitality Management (AHM). They include the Marriott Lagos in the Algarve, the Moxy Alfragide Lisbon and The Riverview, a Tribute Portfolio Hotel located in Vila Nova de Gaia.

Meanwhile, part of the Hotel Intercontinental do Estoril was acquired by BPI Imofomento for €22 million. BPI acquired 62 of the building’s 88 flats from the Closed Real Estate Investment Fund Turístico II. The deal was finalised for 4.4 million euros, below the property’s last valuation of 26.3 million euros. The deal for the 62 units includes a 20-year lease contract. The hotel will continue to be managed by the Intercontinental group.

Still in the north, another hotel unit, the 1877 Estrela Palace, opened its doors in Aveiro. The new luxury hotel is in Porto’s historic centre and will be managed by Unlock Boutique Hotels, which also manages various units throughout the country. The 1877 Estrela Palace has nine luxurious rooms and suites in an ancient 17th-century manor. It’s considered a paean to luxury in the heart of Aveiro, with stunning views over the main channel of the great Ria de Aveiro.

Towards the end of the month, the Four Points by Sheraton Matosinhos opened its doors after an investment of 19.1 million euros. Located in the city centre and just five minutes from the beach, the new hotel has 108 rooms. It is the result of an urban rehabilitation project by Mercan Properties.

Also in Portugal’s north, Hoti Hoteis is betting on a new hotel in Braga. Hotel Plaza Central is scheduled to open in Easter 2024 and results from a 16-million-euro investment. The Hoti Hoteis Group will have 108 rooms, with a Portuguese inspiration in the design, decoration and materials. The new unit will also have a spa, outdoor and indoor pool, restaurant, bar, cloister and meeting rooms.

The NPL (Non-Performing Loan) market saw a major transaction at the beginning of March. It was BCP’s turn to conclude the sale of its non-performing loan portfolio Project Lucia. Comprising non-performing loans with a nominal value of €60 million and real estate assets worth €50 million, the Lúcia portfolio was sold to LX Partners (in partnership with Cabot). Millennium BCP will also return to the market, continuing efforts to clean up its balance sheet.