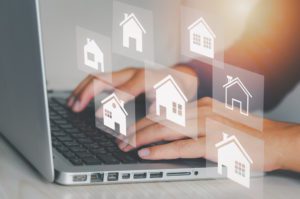 Right at the beginning of the week, the inauguration of the Sé Catedral Hotel Porto was announced, in an investment of 23.8 million euros. Sé Catedral Hotel Porto, part of the Tapestry Collection by Hilton, results from an urban rehabilitation project. The new 4-star hotel unit is Mercan Properties’ new investment in the centre of Porto. This is the first project under the Tapestry Collection brand, which belongs to the international Hilton group in Portugal. The result of another Mercan Properties’ urban rehabilitation project, it will be managed by Ace Hospitality Management (AHM). Sé Catedral Hotel Porto has 77 rooms, a restaurant, a bar and a café on the terrace overlooking Porto’s Sé Cathedral.

Meanwhile, the sale of three logistics warehouses in Porto Alto to Bedrock Capital and Europi Property was announced in the logistics sector. The warehouses are located in the Porto Alto Industrial Park and total around 40,000 m2 of gross construction area. The assets were owned by a real estate investment firm and have now been acquired by a joint venture between Bedrock Capital Partners and Europi Property Group. The value of the transaction was not disclosed.

Meanwhile, another hotel unit was inaugurated in Aveiro after an undisclosed investment. The 1877 Estrela Palace, a new luxury hotel unit, is in the city’s historic centre, under the management of Unlock Boutique Hotels, responsible for managing various units throughout the country. The new hotel has nine luxurious rooms and suites. The building is an old 17th-century manor, considered an ode to luxury in the heart of Aveiro. It is in the historical centre and has stunning views of the main channel of the great Ria de Aveiro.

At the end of the week, the most significant investment of the week was revealed, as Solyd invested 260 million euros in a new project in Miraflores. The real estate developer, SOLYD Property Developers, has launched its latest urban project in Miraflores, called MIREAR. The project has 426 residential units, 25,000 m2 of above-ground gross construction area for the development of workspaces, and 23 commercial spaces. MIREAR is the new multi-purpose project that includes 5 residential buildings, 1 office block and shops, located in a premium area in the heart of Miraflores.