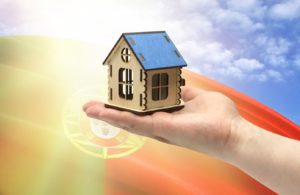 After a quieter week, this last week arrived in a big way as the first quarter, and the financial year both came to a close. With a series of transactions and investments, the last week of March demonstrated, once again, the strength of some sectors of Portugal’s real estate market. After two years of the pandemic, the hotel sector is now showing more and more dynamism and is taking off strongly at the beginning of the year.

Also of note was the residential sector, which also saw some major announcements regarding investments aimed at mitigating the lack of supply in the country’s housing stock.

At the beginning of the week, the Empril Group announced the acquisition of a 60,910-m2 plot of land in Vila Nova de Gaia. The project planned for the land is for residential construction. It will involve an investment of over 30 million euros, solidifying the Empril Group’s leading position in the Vila Nova de Gaia market. The project will have an unobstructed view over the Douro River and is very close to the sea line.

Meanwhile, in the hotel sector, the Four Points by Sheraton Matosinhos opened its doors after an investment of 19.1 million euros. Located in the city centre and just five minutes from the beach, the new hotel unit has 108 rooms and results from an urban rehabilitation project by Mercan Properties. It will cater to business travellers, and all rooms are equipped with a compact kitchen and other amenities such as Wi-Fi to make guests feel at home.

Also in Portugal’s north, Hoti Hoteis is betting on a new hotel in Braga. Hotel Plaza Central is scheduled to open in Easter 2024, resulting from a 16-million-euro investment. Hoti Hoteis’  new hotel will have 108 rooms, with a Portuguese inspiration in the design, decoration and materials. The new unit will also have a spa, outdoor and indoor pool, restaurant, bar, cloister and meeting rooms.

In retail, the supermarket chain Mercadona announced that it would open a supermarket in Guimarães, with a forecast investment of €150 million by 2022. Spain’s supermarket giant will reach five new districts, Viseu, Leiria, Santarém, Setúbal and Lisbon. The first of the ten new shops planned for 2022 in Portugal will open in Guimarães on April 5th. The new stores underscore Mercadona’s continuing interest and confidence in Portugal.

At the end of the week, it was made public that the site of the former Favorita chocolate factory will be converted into a residential project. The plot has an area of around 7,000 m2 and more than 9,000 m2 of potential gross construction area. Still under analysis by the Lisbon City Council, the project foresees the development of 90 flats with an investment of around 40 million euros. It also includes an area dedicated to retail and large areas of green spaces, both for private use by residents and for collective use. The asset’s sales price, which Gavepart – Imobiliário e Turismo S.A. sold, was not disclosed.

Finally, the company Emanuelle Investments acquired a plot for residential development in Leça da Palmeira, municipality of Matosinhos. The asset will be the focus of a 15 million euro investment, and will have the capacity to host a residential project with around 5,000 m2 and 50 flats on 11 floors.