Lisbon saw significant growth from 2016 until the third quarter of 2021. 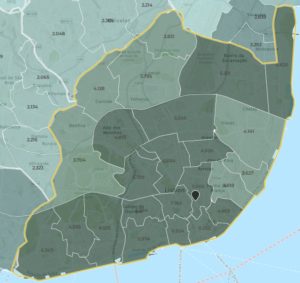 In recent years, housing prices have been increasing throughout Portugal, both for new builds, existing housing, and even rentals. The country’s capital is no exception. Lisbon experienced significant growth from 2016 until the third quarter of 2021, according to data published by the real estate platform Brainsre.

In turn, second-hand housing also saw significant growth, though lower than new housing. At the beginning of 2016, the price of existing housing stood at €2,896 per square metre, while in the third quarter of 2021, it had reached €5,457 per square metre, almost doubling over the last five years. 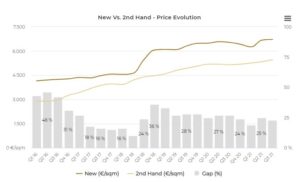 Rental prices in the residential sector have also increased throughout the period under review, though they retreated after the beginning of the Covid-19 pandemic. The drop was likely due to the successive lockdowns, a reduction in travel and the absence of tourism, which forced a significant percentage of local accommodation units back on the long-term rental market. At the beginning of 2016, rentals had an average cost of €11/m2, rising to €16 in the second quarter of 2019, a figure that remained stable until the first quarter of 2020.  Prices began to drop during the second quarter of 2020, falling to €14.1 per square metre in the third quarter of 2021. 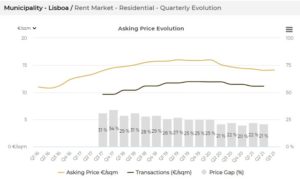 Brainsre is a proptech that allows for the real estate portfolio analysis, providing its clients with the ability to manage and contrast them with market data. It is an indispensable platform for investors, real estate agents, servicers, banks, property consultants and anyone operating in the property market.