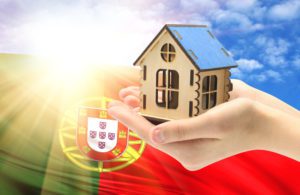 The real estate sector has overcome, in various ways, the turbulence of the last few years, regularly demonstrating its resilience. On the one hand, pandemic-related restrictions are being increasingly eased, providing a boost of confidence to every sector of the Portuguese economy. On the other hand, the end of the month brought the news of a devastating war that is likely to roil the worldwide economy.

However, last month, even with Carnival, was a period of impressive reports in investment and transaction markets. There was an enormous emphasis on one of the sectors that suffered the most over the last two years but which nevertheless maintained its dynamism. In this month of February, the announcements of hotel groups stood out from the other sectors, by the sheer number of planned investments.

The residential sector continued to provide a slew of new projects. Among others, a new condominium will go up in the Old Prado Factory in Matosinhos. The old sardine canning factory, which closed 20 years ago, will be completely refurbished and converted into 30 1-5 bedroom flats, just 200 metres from the beach, on one of the city’s main avenues. Marketing is the responsibility of JLL and Predibisa. The value of the investment was not disclosed.

Also in Portugal’s north, Sonae Sierra and the Ferreira Group announced that they would develop a state-of-the-art office complex in Porto. The project fits in Sonae Sierra’s strategy regarding cities of the future and the Ferreira Group’s strategy to be present in markets with high demand. With an investment of 42 million euros, the complex will be developed with a contemporary and flexible architecture and with demanding sustainability requirements. The office complex, designed by Broadway Malyan, will have modern architecture, emphasising flexibility, innovation, and sustainability, prioritising the quality of spaces, comfort and people’s well-being.

Meanwhile, the German supermarket chain Aldi announced a €50 million investment in a logistics platform in Santo Tirso. Construction is expected to start in March, and the platform should be operational by mid-2024. The project will be built in the Ermida Business Centre on the land at Quinta da Chinesa. The logistics platform will occupy an area of 160,000 square metres, with 40,000 square metres of constructed surface area.

In the Portuguese capital of Lisbon, Principal announced that it had acquired a supermarket for 10.2 million euros. The space has a 15-year long-term lease agreement with Continente, Portugal‘s leading food retailer and part of the Sonae Group. Principal Global Investors acquired the supermarket in Greater Lisbon, Portugal, for its Principal European Durable Income Fund (PEDIF). The market in Setúbal has 2,700 m2 of surface area.

Meanwhile, the Vila Galé Group announced that it would invest around 35 million euros this year in four hotels in the Azores, Tomar and Beja. Among the news is the investment of 12 million euros in the renovation of part of the former Convent and Hospital of São Francisco, in Ponta Delgada, Azores, converting it into a boutique hotel in partnership with Santa Casa da Misericórdia. In the centre of the city of Tomar, Vila Galé will recover and refurbish several areas of the former Convent of Santa Iria and the Women’s College, with an investment of around ten million euros. In Beja, the hotel group has two projects in the pipeline: Vila Galé Nep Kids and Vila Galé Monte da Faleira. The former will cost about ten million euros. Vila Galé Monte da Faleira will involve an approximately three-million-euro investment in agro-tourism.

The IHG Group will also invest in new hotels in Portugal. The big news is the debut of the IHG brand, Staybridge Suites, which will open in Porto and Carcavelos. Porto, Cascais, Lisbon and Évora were chosen for five new hotels in which InterContinental Hotels Group intends to invest. The openings are planned for between 2022 and 2025. The total investment has yet to be disclosed.

Further south, the Fábrica da Cerveja in Faro will be converted into a creative hub. The investment by the Faro City Council will reach 13.4 million euros and is part of Faro’s bid to become the European Capital of Culture in 2027. The rehabilitation will take around five years to be fully completed and is intended for a network of local, regional, national and international partnerships. The intervention will go through four phases, and the first two may be completed in 2026 or 2027.

Montepio announced that it is preparing to sell a bad debt and real estate portfolio, and the bank hired the Japanese investment bank, Nomura, to conduct the operation. The NPL portfolio is valued at around 1.4 billion euros, but initially, a portfolio of €500 million should leave the bank. The major players in the market have not been invited to participate. Nomura is in talks with a closed group of investors.