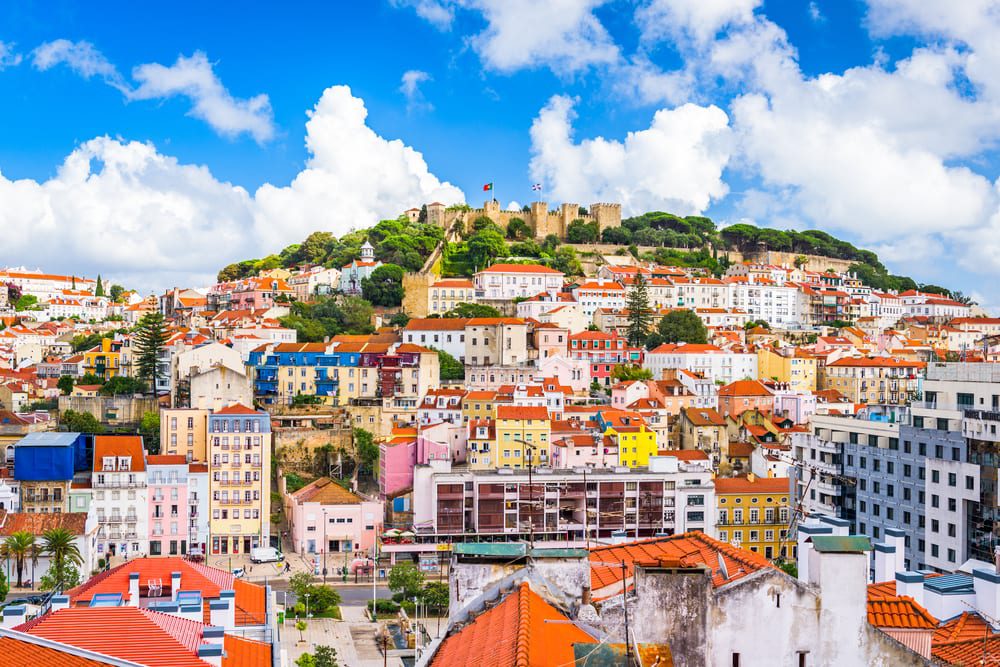 The data were published by the Association of Local Lodging in Portugal, which noted that the month saw the two worst days of cancellations. One, the day in which Portugal entered the red list in Germany, and then the day the United Kingdom dropped the country from its green list.

June was halfway over when NextEnergy Capital announced that it would invest €35 million in building a solar park in Palmela, Setúbal district. It is the British firm’s second project in Portugal. The plant is due to start operating in 2022 and will occupy 45 hectares of area, with a capacity to supply carbon-free energy to over 21,000 homes per year.

At the end of the month, on June 24, Lisbon hosted the NPL Days Portugal conference. DD Talks brought together senior investors, banks, funds, servicers and real estate specialists operating in the Portuguese NPL market.  Some of the most talked-about topics included the impact of the novel Covid-19 coronavirus and the measures it led to, the end of moratoria, the inevitable increase of NPLs and the slow licensing processes, highlighting the simplification of transactions between entrepreneurs, namely the bureaucracies related to the inconsistency of the legal documentation of the properties.

The sector witnessed the announcement of the construction of “Dubai in Madeira,” in a 250-million-euro investment.  The project is divided into nine lots, including housing, shops and services. Work on the 35,000-m2 plot of land will be divided into nine lots and is expected to last for six years. Each of the nine buildings will be surrounded by parks and public walkways open to the general public.

The UHUB Group began work on a student residence in Alta de Lisboa. The Gabriel Couto company was chosen to build the group’s largest facility in Portugal. UHUB’s project will be implemented in four lots, with the planned construction of eight above-ground and one below-ground floor in each of the buildings, for a total construction area of over 15,500 m2, with around 3,000 m2 destined for the basement. More than 11,000 m2 will be destined for student residences, included more than 498 housing units of different sizes

More and more projects are under development in the sector. The construction of two new residences in Oeiras and Coimbra was announced, in an investment of 16 million euros. Círculo de Mestres has joined an undisclosed group of investors to develop the new units. The investment will eventually make room for 250 new users. The network is seeking to increase its capacity to 1,000 users in Portugal within three years.

Still in the Lisbon region, Altamira sold the Centro Empresarial de Alfragide to the Mercan Group. The property, which includes three buildings, was acquired for more than 5 million euros. The asset comprises three buildings, two of them for services, with 3,727 square metres, and a 1,188-m2 warehouse, set in a plot of land with a total area of over 6,800 square metres.  Located in Alfragide, Amadora, the asset was sold to the Mercan Group, based in Canada and operating in Portugal since 2015.

Meanwhile, the sale of the former industrial complex “A Napolitana”, acquired by an international consortium of investors, was announced at the end of June. The former industrial complex is the subject of a total investment of more than 50 million euros, including acquisition and works. The Napolitana buildings, an old pasta factory in Alcântara, Lisbon, were acquired from the Auchan Group by an international consortium of investors formed by RFR Holding LLC, CGC, and Artemis Education.  Plans are to open an international school on the premises, Artemis’s first in Lisbon. The project for the installation of the school includes the four buildings that make up the old factory complex, with a total area of 12,000 m², including the preservation of the original façades, unique representatives of early 20th century Portuguese industrial architecture.  The interior of the buildings will be entirely renovated, and the project includes the construction of a new building.

The hotel sector, despite all the setbacks, is one of Portugal’s most resilient. In the north of the country, YOTEL inaugurated a new hotel in Porto in a 30 million euro investment. With a truly technological design, the new hotel provides the most innovative and safe experience in the sector.  YOTEL Porto is owned by United Investments Portugal, providing 150 rooms and a gym, parking, two meeting rooms, common workspaces, a fully adaptable space for events with views of the city, and a restaurant.

Meanwhile, the Pestana Group announced the acquisition of the Madeira Palácio Hotel for 45 million euros. The asset will be converted into flats and a new hotel. The Madeira Palácio is made up of four lots: the hotel itself, an area of apartments, a plot of land for construction next to Pestana Bay and a lot with houses under a colony regime, a regime that only exists in Madeira, in which the houses are inhabited, and the settlers have the right of preference.

Also in Porto, Vincci Hoteles opened a hotel after a €29 million investment. Vincci Ponte de Ferro 4* is located in Vila Nova de Gaia, right next to Dom Luís I Bridge. The new hotel unit offers unique panoramic views of the city and the Dom Luis I Bridge.

The Vincci Ponte de Ferro 4* has 94 spacious rooms, many with magnificent views of the river, the Dom Luis I bridge and the city of Porto.

Also in the north, the B&B Hotels Group began work on a new hotel in Viana do Castelo. The French group has started building a new 116-room hotel, which should be completed in September next year.  The new hotel will occupy 4,000 metres of space and is located on Estrada da Papanata, boosting the city and municipality’s hotel supply.