The supermarket chain is expanding its logistics capacity, building a new warehouse in Póvoa de Varzim, to the north of Porto. 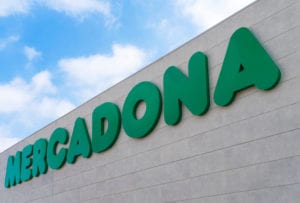 Mercadona has extended the storage capacity of its Póvoa de Varzim Logistics Centre with the addition of a 12,000 sqm warehouse. This new warehouse, built on a 50,000 m2 plot of land adjacent to the one it has already been operating since 2019, addresses its expansion in Portugal. The project represented an investment of €24.5 million, the Spanish supermarket chain reported on its website (www.mercadona.pt).

The website also stated that “a total reconfiguration of the space was carried out. Thus, the new 12,000 m2 will now store the fruit and vegetables that are sent daily to the chain’s supermarkets in Portugal”.

In addition, the land where the new warehouse is located has 17,000 m2 of green areas and 100 parking spaces, 2 of which are allocated for charging electric vehicles, connected to the MOBI.E network, in line with the company’s commitment to electric mobility.

In 2019, Mercadona started operating the Póvoa de Varzim Logistics Block with two warehouses after an investment of €60 million.

In total, the company has already invested €84.5 million in the Póvoa de Varzim Logistics Block, including three warehouses built in a total area of 100,000 m2, creating 350 jobs, 20 of which are a part of the new expansion project.

Carlos Lopes, Director of the Póvoa de Varzim Logistics Centre, said: “We are very proud of the expansion of the Póvoa de Varzim Logistics Centre, which represented, in addition to the creation of more local jobs, a major investment in ensuring better service for our shops, bearing in mind customers’ needs. We believe that this is a natural evolution for us to respond to the needs of expansion in Portugal and we hope that with the reinforcement of the logistics network we will continue to ensure the satisfaction of the Portuguese who choose Mercadona as their trusted supermarket every day.”

Aires Pereira, Mayor of Póvoa de Varzim, stated that: “The impact, size and impact that an international company like Mercadona has on the local economy – and especially on the growth of our Laúndos Industrial Park – is also significantly reflected at the level of increased employment in our municipality; not least because half of the total number of employees in these three units reside in Póvoa de Varzim.”

In 2021, the company announced the development of a future Logistics Block located in Almeirim, district of Santarém, whose start of construction is scheduled for this year.