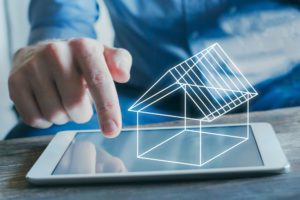 The last two weeks, which encompassed the Easter holidays, saw an extended period of calm in Portugal’s real estate market. However, some of the sectors were more prominent during these weeks of the month, primarily housing, which provided the most interesting news of the period.

April was almost halfway through when the beginning of construction on MERECES 718 was announced, in an 8-million-euro investment. The first building of the new multipurpose complex, developed by dstgroup, began with the construction of 36 flats and two shops in Barcelinhos, the municipality of Barcelos. Focused on creating a familiar and safe environment, the project has already sold more than 40% of the units.

Meanwhile, the Convento do Beato will build a more than a 60-flat residential condominium. The Larfa Properties group will redevelop the surrounding buildings to accommodate the residences and a central square with a garden to unify the entire block. The block of Convento do Beato in Lisbon is being redeveloped to include a new residential condominium called Beato Quarter, in addition to the well-known events space.

Finally, the real estate developer SOLYD Property Developers has started the construction of the third block of Lago Altear, having already sold 80% of the units after just three months. The third building of the development LAGO ALTEAR – Block C – is the seventh launch of the project ALTEAR, consisting of 63 new flats and three shops in Alta de Lisboa. Composed of three buildings, Block C represents an investment of 31 million euros and is the final phase of the LAGO ALTEAR development. The first ones are already concluded and fully let. The construction company Alves Ribeiro is responsible for the project, which will be completed in 2024.

Thor announced the expansion of its portfolio, acquiring a social and health project in the heart of Porto. Thor Private Equity bought a home for senior citizens on Rua 5 de Outubro, Porto, which will consist of more than 6,910 square metres of surface area. The investment company is following through on its previously announced investment plan for the Iberian Peninsula. It is set to develop a six-floor building with 96 single rooms and eight double rooms.

The Barceló Angra Marina received an award at the Traveller Review Awards 2022, which are given according to high scores in customer reviews in recent years. The Traveller Review Awards 2022 were awarded to 113 Barceló Hotel Group hotels located in 13 countries in Europe. Angra do Heroísmo’s only five-star hotel, on the island of Terceira, was one of the winners. It has 130 rooms and is an urban holiday resort located next to the sea and the Angra do Heroísmo marina.

Late last week, Tiko announced that it is continuing its expansion in Portugal with a new branch in Porto. Tiko now has three locations in Portugal: Lisbon, Setúbal and Porto. The company is the first international iBuyer to operate in the Portuguese market and is looking to expand further after beginning its expansion in November 2021. At that point it chose Lisbon as its first overseas location and is now expanding to Porto.