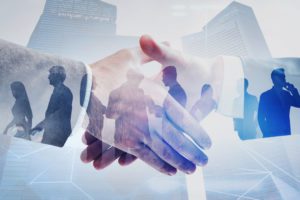 The month in which Easter falls this year started calmly as far as real estate investments are concerned, after a week full of big transactions in the various sectors at the end of March and the first three months of the year. April started quietly but, nevertheless, with a few transactions that stood out.

Right at the beginning of the week, the Fontinha Hotel opened in the historic centre of Porto. The urban reopening project results from a 14-million-euro investment by Mercan Properties.

Meanwhile, WeWork announced that it would open its first flexible office space in Portugal. The first tenant will be Organon, a multinational operating in the health sector, and the facility will be inaugurated in the summer of 2022. The building located at Rua Alexandre Herculano will mark the 39th country where WeWork operates. The inauguration reflects the company’s growth strategy, which involves expansion into markets with strong demand for flexible workspaces. Organon, a global leader in women’s health and a valued member of WeWork worldwide, will occupy three floors of the building.

Midweek, doValue announced the sale of three commercial properties for €5.9 million. The transactions were completed in the first quarter of this year but have only now come to light. The assets are located in Abrunheira, Sintra, the Industrial Area of Santarém and the warehouse area in Taveiro, Coimbra. DoValue Portugal intermediated the sale of the properties.

Meanwhile, Panattoni announced a €50-million investment in its first logistics park in Portugal. The real estate developer’s first foray into Portugal intends to build the largest logistics facility in Portugal’s northern region, developing a logistics park including two buildings, with areas of 27,000 and 47,000 m2, for lease in Porto. Panattoni, a firm specialising in logistics and industrial properties, acquired 150,000 m2 of land in the industrial complex of Campo Valongo, Porto. ‘Panattoni Park Porto’, the new logistics park, results from that transaction with the Braga-based Castro Group, which will also be responsible for supervising the different phases of the project’s pre-construction process.

Finally, as the week drew to a close, Lisbon’s Nova Universidade announced the launch of a tender to create a student residence in Caparica. The project will result in the largest accommodation for the academic community in Almada. With up to 550 beds, it will be the largest residence for students, teachers and researchers in the Almada region. The purpose of the tender is to grant the rights to develop a plot of land on the Campus of the Faculty of Science and Technology (FCT) in Caparica, Almada.