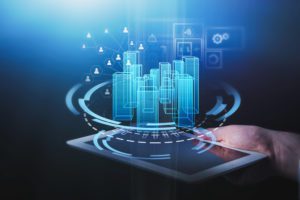 After an impressive start to the month, Portugal’s corporate transactional and investment markets were relatively subdued last week. Towards the end, though, the property market showed its usual vigour once again.

At the start of the week came the announcement of Qriar City’s 70-million-euro investment in three buildings in Alta de Lisboa. The land in Portugal’s capital city has a buildable surface area of 25,655 square metres, next to Lisbon’s Parque Oeste. The property was sold by SGAL – Sociedade Gestora, at the end of February. A total of 148 new homes will be built on the land by the Brazilian group Qriar City. Spread across three buildings, it will include 74 two-bedroom properties. The remainder will be split into two and three-bedroom (or more) flats, plus another 8,600 square metres of balconies and terraces. A tender will be launched in the first half of 2022. Estimates are that construction will begin in early 2023 at a cost of 45 million euros. It is not yet known who will be in charge.

Meanwhile, Bondstone announced the start of work on the GREENSTONE luxury development in Porto. The residential project located in Foz, Nevogilde, represents an investment of over 28 million euros and is being built by ACA – Engenharia & Construção. The construction of the luxury development has already started, and the project is expected to be concluded by the end of 2023, with more than 30% of the units already sold. Greenstone will consist of seven different three-floor modules, comprising 36 villas with unobstructed views. The residences will consist of two, three or four-bedroom flats, including duplexes, “Garden Villas” and “Town Houses”, with private gardens – and penthouses, and “Sky Villas”, with private terraces and in some cases including a swimming pool on the top floors.

Finally, in one of the largest transactions revealed last week, Santander sold an office building in Lisbon to Incus Capital. The asset was Banco Popular Portugal’s former headquarters, acquired by Santander in 2017. Rua Ramalho Ortigão, 51, in the Praça de Espanha area, was sold to a fund managed by Incus Capital, a pan-European investment firm based in Madrid with offices in Lisbon. Brainsre.news Portugal learned that the investment amounted to 55 million euros. The property is a major real estate asset in the region of Praça de Espanha, with more than 24,000 sqm of surface area, including the main building and two independent blocks. The main building has ten above-ground floors (11,657 m2) and three underground floors below, with 296 parking spaces.