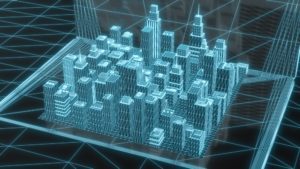 In anticipation of the holiday celebrations during these weeks in June, the first week of the month proved to be quiet regarding the property market. However, a few transactions stood out, especially in the hotel sector.

Right at the beginning of the week, Home Tailors Real Estate announced the sale of a wine estate for 8 million euros. The real estate agency was responsible for selling the Herdade das Fontes Bárbaras, located on a classic Alentejo hill near Castro Verde. The estate has a wine-growing component and a rural tourism and wine tourism project. The tourism project is on the estate’s 162 hectares, where the predominant culture is the vineyard.

Meanwhile, the Fladgate group sold a hotel in Porto to Gaw Capital. Owner of the Intercontinental Palácio das Cardosas, Gaw Capital is the new owner of the oldest 5-star hotel in Porto, the Infante de Sagres hotel. The Fladgate Partnership sold the historic hotel in a deal whose value was not disclosed. The new hotel, which has yet to be named, will have between 85 and 90 rooms and is expected to be operational within two years.