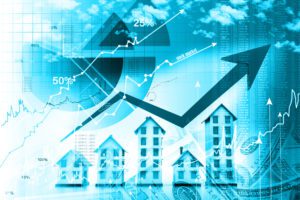 Last week, when May brought in the end of the first semester of the year, we witnessed interesting transactions and some calm in the real estate market. Although there weren’t many announcements of concluded deals, there was still a clear movement in the sector.

At the start of the week, there was the announcement that CORUM Eurion acquired a building in Porto for 16 million euros. A subsidiary of the French management company Corum Asset Management, CORUM Eurion bought a building in the city’s business centre on Rua do Heroísmo. The property was completely refurbished in 2021, and has 6,072 square metres of surface area, home to the technology companies Infraspeak, Koerber and Sitel. The operation, worth around 16 million euros, strengthens CORUM’s presence in Portugal. CORUM Eurion, a fund launched in 2020, aims exclusively at Portugal’s institutional clients. CORUM, present in seven countries in the Eurozone, entered our country in 2014, has a portfolio of 13 buildings in Portugal, and has already invested more than €86 million, having opened a branch in Lisbon in 2019.

Meanwhile, the W Algarve luxury resort was inaugurated following an investment of around €300 million. The W Algarve is the first W brand luxury resort in Portugal, located at the at Praia da Galé in Albufeira. W Hotels Worldwide announced the opening of the W Algarve, which is part of Marriott Bonvoy’s portfolio and owns more than 30 hotel brands. The company’s latest hotel joining the W Escapes family is located atop the cliffs in the Praia da Galé area. It features 134 west-facing rooms and suites and 83 W-branded residences.

With the week ending and still in the hotel sector, there came the announcement of the new Hotel IMMERSO that will open in Ericeira in a €6 million investment by Inspire Capital. The hotel unit will be the first 5-star hotel in the region, with 37 rooms, a spa, pool, bar and two gastronomic spaces. IMMERSO will be the first 5-star hotel in Ericeira and will be inaugurated on 15 June. The 5-star unit is located in a valley and combines four different accommodation areas, all embraced by the green surroundings. The project’s defining attraction is its contact with nature.