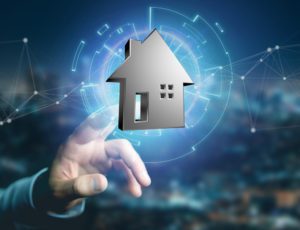 With summer coming, these last days of May began to heat up, and the same applied to the real estate market, which was particularly fervent during the last week. Real estate investments were particularly dynamic across the board.

The week was beginning when Novo Banco announced the sale of a portfolio of logistics properties. The deal’s completion is expected to have a positive impact of around 35 basis points on the Novo Banco group’s total capital ratio. The buyer’s identity and the amount of the sale of the logistics properties located in Portugal were not released. At stake are real estate assets held mainly by the real estate funds NB Património and NB Logística, both managed by GNB Real Estate. On average, Novo banco held around 75% of the said real estate assets in March 2022.

Meanwhile, Sonae Capital opened a luxury hotel in Porto after an investment of around 20 million euros. The 68-room Editory Boulevard Aliados Porto Hotel is the latest five-star hotel to open in Aliados. The Editory Boulevard Aliados Porto Hotel is in the heart of the city of Porto. It offers nearly seventy rooms, a heated outdoor swimming pool, two meeting rooms, a sensorial provocation restaurant and a cocktail bar. The hotel results from a partnership between FVC Group and SC Hospitality, with an architecture and interior design project designed by Ding Dong.

The week was still in its early stages when a new British School of Lisbon campus was revealed, resulting from a €30 million investment. The second campus, measuring 7,000-m2s, has 30 classrooms, a swimming pool complex and sports pavilion and will be located on land adjacent to the Belenenses stadium. Following an agreement with the Belenenses Football Club, the British School of Lisbon plans to open its second campus in Lisbon. The space will be built on land located just above the main stadium.

As the week was ending, it became public that the Pestana Group had inaugurated the Madeira Acqua Residences after an investment of 100 million euros. Madeira Acqua Residences results from the refurbishment of the Madeira Palácio Hotel and has 181 flats with one to four bedrooms and penthouses. More than 60% of the units have already been sold. Madeira Acqua Residences has over seven thousand square meters of green area, direct private access to the beach and an infinity pool on the edge of the cliff, immediately overlooking the sea. The real estate project located in Madeira, also offers a gym, swimming pool, relaxation, social and work areas, parking for residents and visitors.