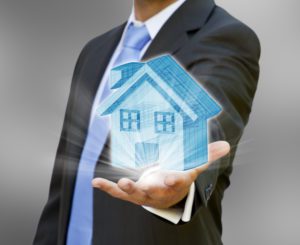 The last week was marked by some news and investments in the Portuguese real estate market. The highlight was the hotel sector, where the most significant announcements from north to south of the country predominated.

At the beginning of the week, it came to light that a German transport and logistics multinational had opened a technology centre in Porto. The new facility is located in the Latin Building, with a total area of 1,000 m2. It will be the office building’s first tenant as it expands its operations in Portugal. The new technology centre is intended for developing digital solutions.

Meanwhile, the Hotel Meliã Lisbon has entered the second phase of construction. The hotel going up next to the Marquês de Pombal should be ready by 2023. It will have approximately 240 rooms, convention rooms and a congress centre for 550 people. There are 22,220 m² of gross construction area on 14 aboveground floors and six underground floors.

Portugal’s housing sector also saw some significant news, as a project was announced involving the development of 400 flats in an investment of 16.25 million euros. The new project has the potential for building over 50,000 m2 of residences located next to Marina de Lagos in the Algarve. Marina Park II has an approved PIP with the potential to build around 400 homes in addition to a retail area. Interfundos has awarded the exclusive commercialisation of this project to JLL. The project represents an excellent opportunity to reinforce the supply of homes in the Algarvian city. It foresees a total construction area of over 51,000 m2, of which 49,520 m2 is distributed over 16 plots for residential development and 1,600 m2 for retail.

The week came to a close as news broke of Auchan’s investment of around €40 million in a new store in Cascais. The old Pão de Açúcar there was Portugal’s first supermarket 49 years ago and has now been renovated. The Auchan Retail Portugal group is responsible for the investment in the new spot, which opened last Wednesday. The new shop will have an area of around 7,000 m2, a garden at one of the entrances, a rooftop with sea views and a shopping gallery with several restaurants.

Finally, Azora acquired the Pestana Blue Alvor. Built in 2019, the five-star hotel covers 120,000 square metres and has almost 500 rooms. This is Azora’s fourth investment in Portugal, after previously acquiring the Tivoli Marina Vilamoura resort, the Tivoli Carvoeiro resort and the Vilalara Thalassa resort. Azora bought the Pestana Blue Alvor through its Azora European Hotel & Lodging fund. Details of the investment was not disclosed. The hotel is in Alvor, on Portugal’s southern coast, with access to several beaches.