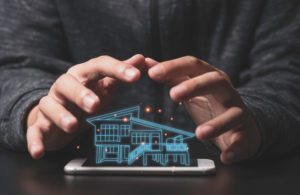 After the first quarter of the year, for which statistical data is still being released, this last week of the month was very tranquil regarding investments in the real estate market. Still in a transition phase after the Easter period and with a holiday at the beginning of the week, these last few days were, in fact, very quiet in transactions and operations in most of the real estate sectors.

Of note was the announcement that Aldi has invested 60 million euros in its largest distribution centre. Located in Moita, the warehouse will allow it to supply more than 100 Aldi shops in Portugal. The food retailer also stated that the 57,000-m2 centre would streamline the supply to its shops across the country. The facility was designed to supply over 150 shops in the country. The investment came in response to Aldi’s expansion plan in Portugal, aiming to reach 200 shops by 2025.

At the end of the week, Grupo Domingos Névoa announced it had acquired two shopping centres for a total of more than 20 million euros. Its initial acquisition of the Braga Retail Center was followed closely by the Mira Maia Shopping. The Braga group intends to reinforce its presence in this sector. Mira Maia Shopping, inaugurated in 2009 by the bankrupt FDO, in a €45 million investment, was managed by Inogi – Asset Management. The asset is located close to Francisco Sá Carneiro Airport, has 19,000 square metres of gross lettable area, around 80 shops and approximately 850 parking spaces.